~*~ Eight of Spades ~*~ - Yeah I'm pretty much not on this site anymore. Will be on pillowfort when it comes out. I get notifications so send me an ask/message if you want to talk. Sidebar image by sherokutakari. Custom tags... 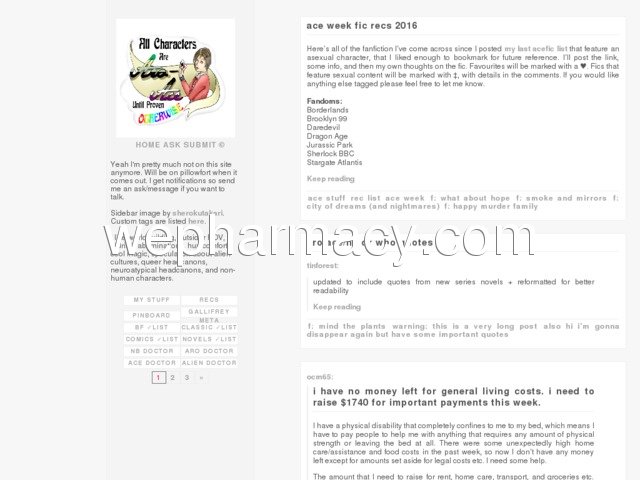